See, I have had a little project to work on, and it was finally released last Friday:
So, I regret the fact I didn't have a lot of time to update this page. I really do. I am trying to keep up, but yeah, this is a serious gig, with serious-time schedules. And to be honest, it's a labor of love as much as "500 Miles..." is. That said, I will try and come by here and post as I can. I am working on some stuff of interest on the workbench, so stay tuned.
But, shameless plug time, we're a quarterly magazine for miniatures gamers of all stripes. We're trying to be the American voice of the miniature wargaming hobby. A voice that's been silent for far too long (No offense meant to our UK and European readers). We think there's just enough room at the table for us too. If you haven't taken a look, please do. It's a good magazine full of good articles and we worked our tails off on it.
That said, I have a little break before I gotta work on the next issue due out in January, and that's going to be even more jam-packed than the last one. So, I'll try to put up a blog post or two in the meanwhile. So bear with me folks, the blog isn't dead, she just isn't going to be as active as she used to be.
at October 18, 2021

Twilight 2000, The Look on the Tabletop, Part 1, Vehicles 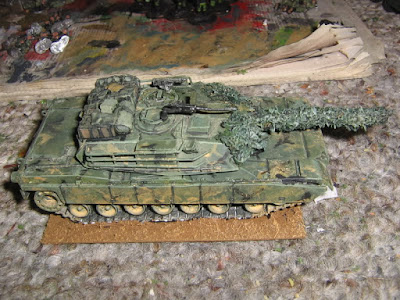 Please email me at 500milest2k@gmail.com for submissions to the blog. All submissions must be in .doc or .docx format and the blog editor reserves the right to edit for grammar and format.

Member of the TGN Blog Network 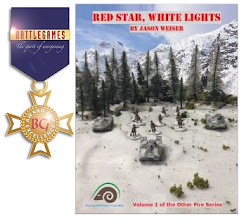